My paintings are abstract works using mixed media on canvas. I am interested in the overlay of various surfaces and the visual effects that result from this process. I create my pieces by applying different layers using mediums like acrylic paint, ink, mulberry paper, crushed charcoal and wax.

I work with a group of ten to twenty canvases at the same time. The pieces start to “talk to each other” and I begin to see relationships that I could never have set out to create. I have to react quickly when the paintings start to interact, to have a conversation.

I also spend a long time simply observing my canvases. It takes time to find the piece’s principal form. It is always abstract, animated and it possesses an identity.

Eventually I finish completing the surface and no sooner than I’ve sat down to look at the work, I have to jump up because it’s clear how many things must be eliminated or adjusted.
Elimination has become very central to my painting. I build by eliminating and add by subtracting.

The realization that the painting is done comes suddenly. I can no longer add or subtract.
Once the series is done, I let each painting stand on its own, and speak for it self.

Isabel Carrio (b. 1970) was born in Santa Fe, Argentina. After she received her undergraduate degree in Visual Arts in Argentina, she moved to Madrid, Spain where she studied at the University Complutense of Fine Arts. In 2001 she moved to New York City where she enrolled at the Art Students League of New York. She completed the four-year program in Fine Arts Painting at the League and received her degree in April of 2007.

In 2007 she went for a year to the Kanoria Center for the Arts in Ahmedabad, India, in where she produced an extensively body of work on paper, canvas and photography.

Today, she lives and works in Brooklyn, New York. 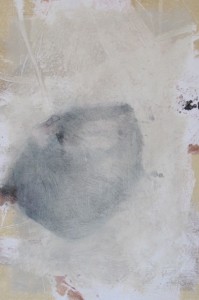 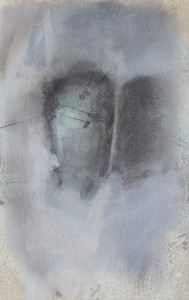